The Ben Black Elk Award honors Ben Black Elk, who personally greeted visitors at Mount Rushmore National Memorial for more than 27 years. The award is presented annually to an individual who makes outstanding contributions to the state’s visitor industry. 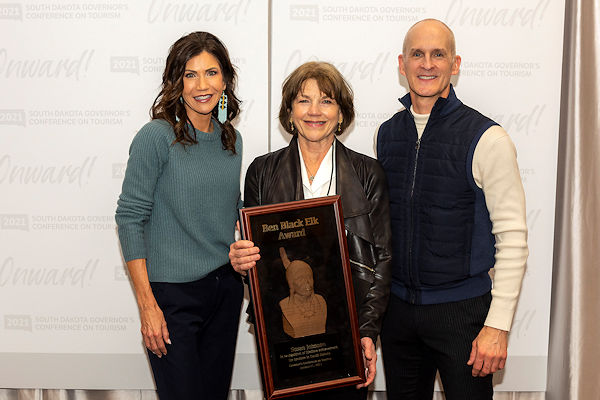 Susan Johnson has been a tireless advocate, supporter and driver of the tourism industry in the Black Hills and across the state.

Susan was hired by Governor Bill Janklow as Division Director for Tourism in 1981 and served in that position until 1994. In 1987, Governor George Mickelson established South Dakota’s first Department of Tourism and named her its first Secretary of Tourism.

After leaving the Department, she joined the South Dakota Parks & Wildlife Federation, where she planned fundraising campaigns for major recreation projects, including the George S. Mickelson Trail.

In 1998, she directed the start-up and management of Black Hills Central Reservations, a state-of-the-art reservation and travel packaging company for Western South Dakota. Under her leadership, the company won the Governor’s Great Service Award.

She has served on countless committees during her career, including those for Deadwood Revitalization, Outdoor Women of South Dakota, Travel Industry of America and many, many more.

Susan shares incredible ideas and a passion to see them through to fruition. She has given so much to the Tourism Industry in South Dakota, and she’s not done yet. 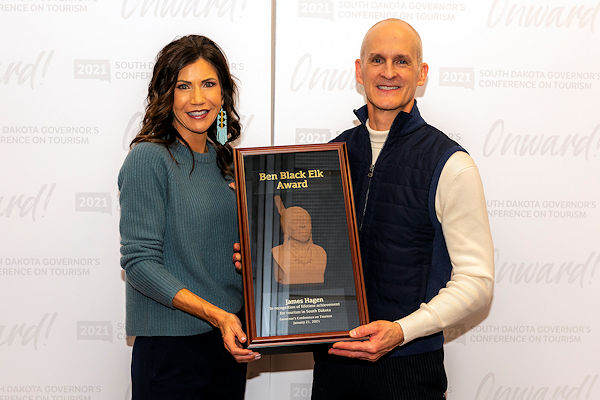 Jim Hagen served from 2004-2006 in the Rounds Administration as Secretary of Tourism and State Development. He left to become the National Campaign Director and Public Relations Director for the Crazy Horse Memorial Foundation.

Jim has done so much to increase South Dakota's profile during his run as Secretary of Tourism, including winning dozens of national awards for the state’s marketing work, making South Dakota a fixture in the Macy’s Thanksgiving Day Parade and helping to bring fireworks back to Mount Rushmore.

He’s led the charge in making state tourism strategies smarter through the groundbreaking use of data and has made South Dakota one of America’s most sought-after destinations. In doing so, his team’s efforts have helped bring millions of visitors and billions of dollars to our state year after year.

In 2020, in the face of a global pandemic, Jim's strong, steady leadership kept our state top of mind for those who were ready to travel – saving what could have been a disastrous year and positioning South Dakota tourism for success in the future.