In 2020, the Department of Tourism partnered with the Department of Game, Fish and Parks to develop a robust strategic marketing plan to showcase South Dakota as the best pheasant hunting destination. The partnership and campaign continue to recruit new hunters to South Dakota by introducing individuals to the hunting experience found nowhere else, along with retaining hunters to come back year after year.

This year’s hunting campaign builds on last year’s “Hunt the Greatest” messaging, showcasing what makes the state the greatest place to hunt: its habitat and hospitality. Creative highlights the land, birds and traditions offered in South Dakota, while also including representatives of all audiences.

With research showing that audiences start planning their hunting trips mid-July, the campaign got in front of audiences earlier in the year to influence decision-making, planning and bookings. With a wider geographical footprint than in years past, efforts launched the beginning of June and ramped up again late August to drive license purchases.

Target audiences align with core hunting audiences of years past: Traditionalists and Adventure Naturalists, with an additional focus on Lapsed Hunters as well. See the Brand Standards Guide for audience insights.

In addition to the three core hunting audiences, female hunting discussion groups were conducted to a) better understand the female audience’s motivations and beliefs on the appeal of pheasant hunting and b) better attract female hunters to South Dakota. With women being the fastest growing segment in hunting, this year’s campaign now targets female hunters ages 25-54. These women are either hunters themselves or have family traditions & values tied to our key hunting audiences.

Additionally, the department has generated immense success in partnerships, especially in reaching key target audiences through the partners’ distribution reach. For a second year in a row, the department has partnered with SCHEELS to promote a hunt giveaway through in-store creative and content placement with email, magazine and social.

The Pheasants Forever partnership also continues for another year with print placement throughout the year, dedicated email sends, digital, and podcast placement reaching our core hunting audience. Along with ongoing marketing efforts, the partnership features South Dakota in elements focused on the new targeted female audience. From podcasts, blogs and events, the partnership efforts will showcase the state as a leading destination for female hunters.

Another partnership that will reach individuals looking to visit the state is through the Minnesota Vikings. With over 7 million fans nationally and an additional nearly 2 million within the state of Minnesota, the department is messaging to these individuals through radio, digital, email and organic social. In addition, the state is reaching the fan base through in-stadium efforts. Hunting visuals and messaging are shared as an in-game feature on LED boards throughout the game as well as after each scoring drive replay. South Dakota also engages with audiences on more than 2,000 televisions throughout the entire stadium. 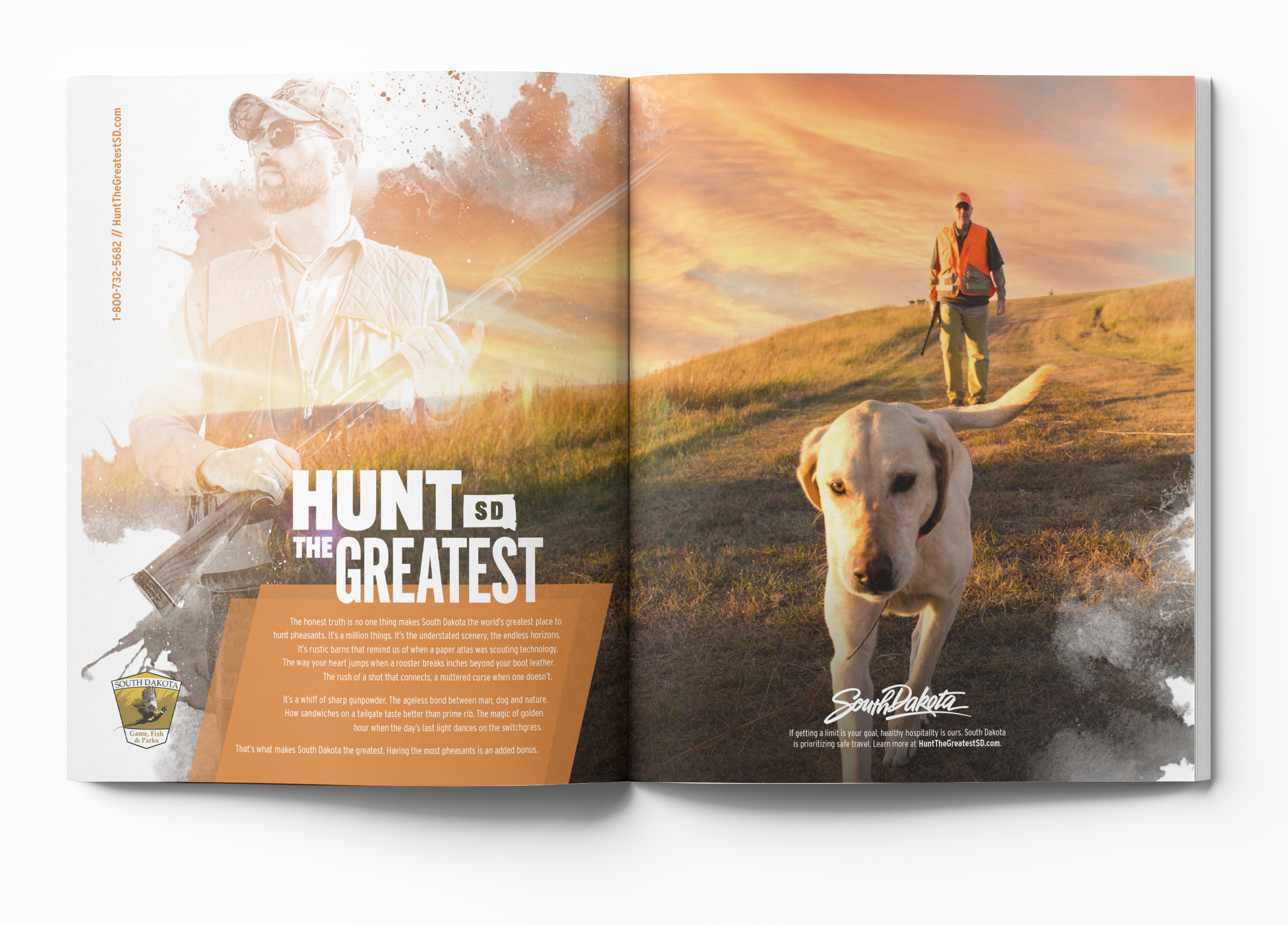