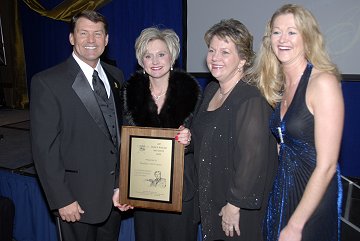 The George S. Mickelson Great Service Award honors a business or organization that has taken hospitality to the next level. Exemplary customer service is a core component of the winner’s operation, and recipients of this award understand that customer satisfaction is a key to success.

The 2007 winner receives a $1,000 credit to use in any of the Office of Tourism’s cooperative advertising programs in 2008.

The Redlin Art Center, Watertown, is one of 84 businesses that received the Office of Tourism’s Great Service Star designation for 2008. That’s 84 businesses across the state that are recognized for going above and beyond the norm to provide first-class service.

The Redlin Art Center goes above and beyond in establishing relationships with visitors, as is evidenced by the fact that 50 percent of them are repeat visitors. The Redlin Art Center works to establish life-long friendships with their guests, and the staff knows many of them by name. In fact, during hunting season, many out-of-state hunters stop in just to say hello and see what’s new.

The Redlin Art Center not only recognizes the value of its visitors, but also the value of each of its employees, encouraging regular hospitality staff training and attendance at the tourism conference. All employees are cross-trained in every department, and they work together as a team to ensure the best service possible.

Employees are regularly recognized through certificates and commemorative pins and are featured in the local newspaper. In 2007, ten employees received the Governor’s Hospitality Certificates.

In the words of one of their customers, “You were exceedingly kind and exceeded all usual bounds of courtesy and helpfulness.” 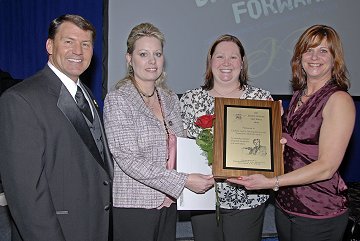 Their hospitality philosophy states that “customers are not an interruption of our work. They are the purpose of it. WE are not doing them a favor by serving them. They are doing us a favor by giving us the opportunity to do so.”

Recognition for a job well done includes service pins and being listed in the employee newsletter. Every month, nominations are made for the “All Star” employee, which is awarded quarterly. Managers also award “Star Bucks” which employees can use to purchase meals, hotel stays and gift shop items. In 2007, 47 employees received the Governor’s Hospitality Certificates, which are framed and displayed on the property.

Cadillac Jack’s hired a professional trainer for in-house hospitality training, and holds monthly department meetings at which staff suggestions for improvement of customer service are encouraged and incorporated. It's no wonder that the staff does such a tremendous job. In the words of one visitor, “Good staff makes all the difference in how I remember and enjoy my experience.”