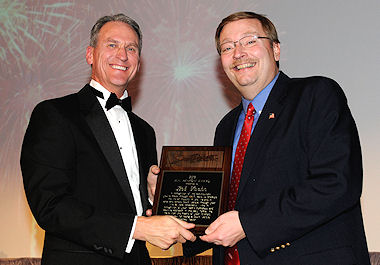 The A.H. Pankow Award recognizes a member of the broadcast media, print media, or public relations industry who has shown superior interest in and coverage of the South Dakota visitor industry. Pankow was the first publicity director for the State of South Dakota.

Bob created a “live and local” radio station that invites community members to drop by and talk about businesses, events and hot topics. The owner of this station, a former South Dakota legislator, developed the concept to meet the needs of the community and to promote the visitor attractions in the city of Watertown.

Bob is also an instrumental part of Watertown’s Rooster Rush efforts welcoming hunters to the area.