The Ben Black Elk Award is given to an individual who makes outstanding contributions to the state’s visitor industry. It commemorates Ben Black Elk, who personally greeted visitors at Mount Rushmore National Memorial for more than 27 years.

For the first time in the history of the award, there was a tie and two Ben Black Elk Award winners were honored: 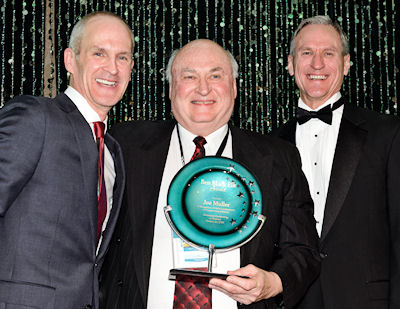 Joe Muller has been in the industry for three decades and has been vital to the growth, development, and national and international recognition of one of South Dakota’s most unique attractions: The Mammoth Site of Hot Springs.

Under Joe’s leadership, The Mammoth Site has expanded its facility, tour offerings and educational programs for adults and children.

As the business manager and chief operating officer, Joe is credited with helping to draw more than 100,000 visitors a year to the southern Black Hills.

His tireless efforts have helped The Mammoth Site become the only nationally-accredited museum in the Black Hills, and one of only four accredited museums in the entire state.

He is also well-known for his service on many local and regional tourism boards and committees over the last three decades.

His friends know him best for his wacky sense of humor and devotion to his family.

And,
Presented to
Doug Hofer 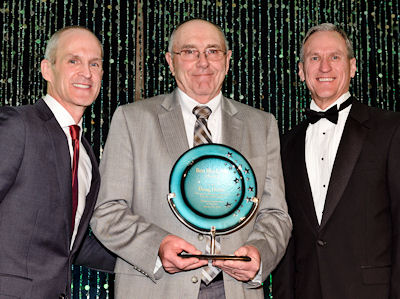 Doug Hofer began serving the State of South Dakota in 1970 as a seasonal employee. That seasonal job turned into a leadership role in 1987.

The park system has experienced steady growth, the quality of natural resource management has been maintained, and customer service has been a priority. Under his leadership, our state parks have truly become the envy of other states.

Doug is the longest-serving state park director in the nation.