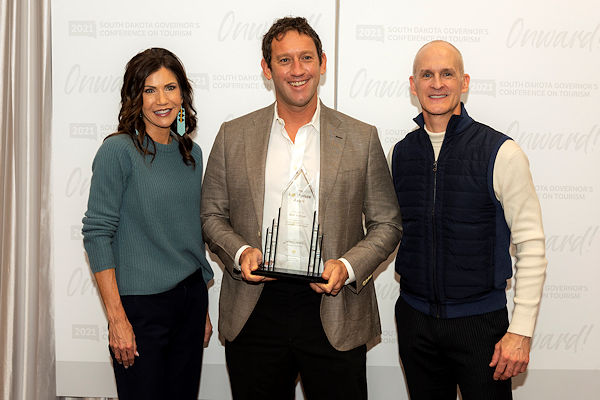 Every year, the A.H. Pankow Award is presented to a representative of the broadcast media, print media or public relations industry who has shown superior interest in and coverage of the South Dakota visitor industry.

Matt Meltzer of the Matador Network first visited South Dakota on the Department of Tourism’s Buffalo Roundup press trip in 2015. Within one month of his trip, he began publishing articles about South Dakota, including a feature that called the destination the “most underrated state in America.”

Over the years, Matt's articles continued to pile up, resulting in millions of impressions in key outlets with national and international reach.

In 2019, the Department of Tourism was able to secure his return to South Dakota for HBO’s “Deadwood: The Movie” screening premiere event. He committed to spending several days in Deadwood and ultimately produced another great feature on South Dakota.

He returned again in 2020, resulting in a Matador Network feature about South Dakota as a road trip destination, as well as two Thrillist features, covering Wall Drug and the Corn Palace as must-see roadside attractions.

In total, Matt's work has resulted in 19 media mentions of the state, garnering 40 million impressions with an advertising value of more than 800 million dollars. His continued and proactive work with South Dakota’s destinations made him an ideal candidate for the 2020 A.H. Pankow award.