South Dakota has often been referred to as the land of infinite variety. That variety is reflected in everything from our weather to our scenery, our economy to our state symbols and more. Here are some useful and interesting South Dakota facts.

South Dakota ranks 16th in size among the 50 states. It was the 40th state to join the Union in 1889. South Dakota encompasses 77,123 square miles, averaging 10 people per square mile.

It has the highest point in the United States east of the Rocky Mountains (Harney Peak in the Black Hills; elevation 7,242 feet) and more miles of shoreline than the state of Florida.

Sprawling prairies, fertile farmland and glacial lakes dominate the landscape in eastern South Dakota. Prairies and ranchland are common in central South Dakota. Mountains grace the western skyline, and in the southwest, striking Badlands formations rise abruptly from the surrounding prairie.
The Missouri River runs through the central and southeastern part of the state. Lakes, formed by retreating glaciers thousands of years ago, cover the northeastern corner of South Dakota.

The South Dakota flag features the state seal surrounded by a blazing sun in a field of sky blue. "South Dakota, The Mount Rushmore State" is arranged in a circle around the sun.

Tourism is the second largest industry in South Dakota. In 2006, travelers spent nearly $865 million across the state.

The state also has a strong agricultural base. It is the largest industry in the state. South Dakota routinely ranks among the top 10 states for the production of hay, sunflowers, rye, honey, soybeans, corn, wheat and cattle.

The service sector, retail trade and manufacturing industries account for the majority of the state's employment.

Words and Music by DeeCort Hammitt

Hail! South Dakota, A great state of the land,
Health, wealth and beauty, That's what makes her grand;
She has her Black Hills, And mines with gold so rare,
And with her scenery, No other state can compare.
Come where the sun shines, And where life's worth your while,
You won't be here long, 'Till you'll wear a smile;
No state's so healthy, And no folk quite so true,
To South Dakota. We welcome you.
Hail! South Dakota, The state we love the best,
Land of our fathers, Builders of the west;
Home of the Badlands, and Rushmore's ageless shrine,
Black Hills and prairies, Farmland and Sunshine.
Hills, farms and prairies, Blessed with bright Sunshine

By the close of the 18th century, the tribes of the Sioux Nation - the Santee, Teton and Yankton - thrived on the northern Plains. The tribes spoke three dialects of the same language: Dakota, Lakota or Nakota.

Explorers Meriwether Lewis and William Clark visited present-day South Dakota in 1804 and again in 1806, on their historic journey to and from the Pacific Ocean. Their passage, and the efforts of early fur traders, essentially opened up the West to commercial trade.

The discovery of gold in the Black Hills in 1874 caused a rush of miners, prospectors and fortune seekers to that area. The arrival of the railroad also helped to speed up settlement in Dakota Territory. In 1878, the rush for land known as the "Great Dakota Boom" began.

South Dakota gained statehood in 1889 - the 40th state to enter the Union.

Also see the About South Dakota section on TravelSouthDakota.com for more information. 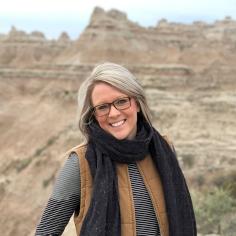 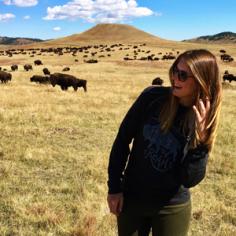 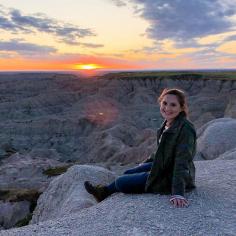 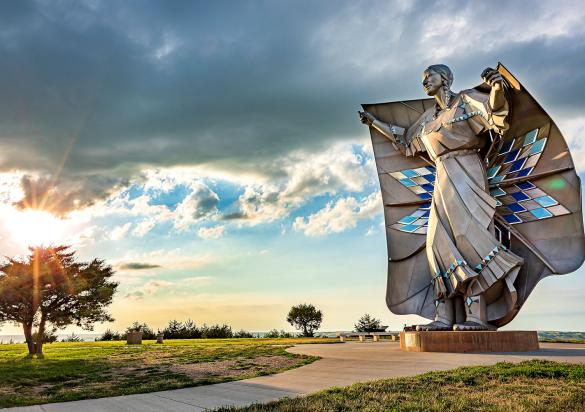 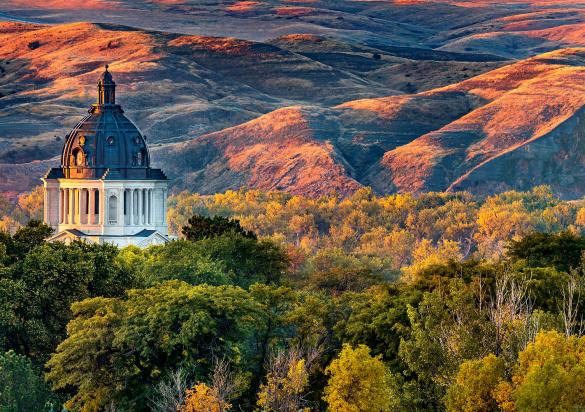 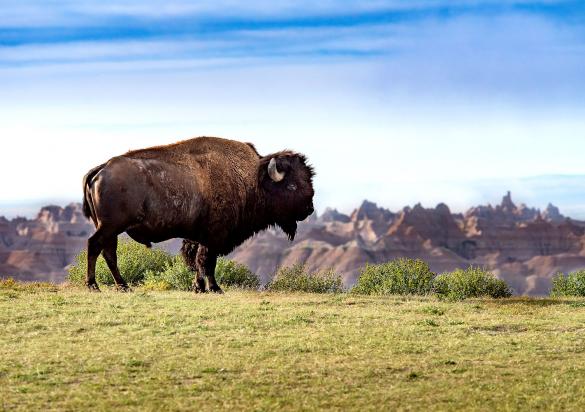